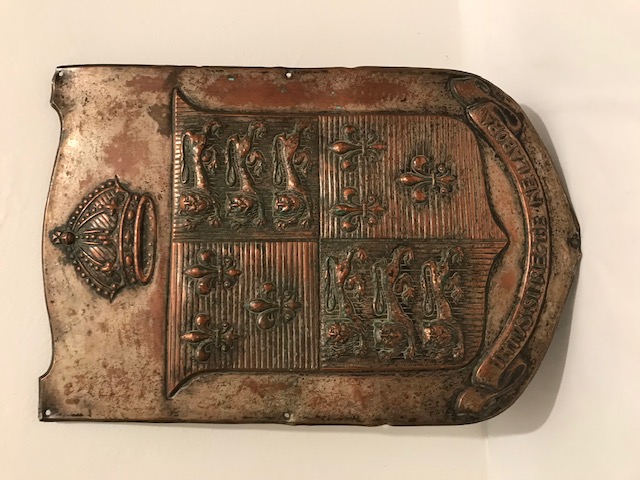 Shield from Shrewsbury Boarding School with Emblem and Motto

Shield from Shrewsbury School which is a Public Boarding School in England and shows their emblem and motto:
'Intus Si Recte Ne Labora' which translates 'if all is right within, trouble not'. For centuries this school was considered the leading heritage boys‘ school, founded in 1552. It was originally a boarding school for boys, girls have been admitted into Sixth Form since 2008 and the school has been co-educational since 2015.

This plaque was originally silver plated on copper but now very little silver remains. I am unsure of the date but my guess is late 19th century.

4-5 Pierrepont Arcade
Camden Passage
London. N1 8EF.
This email address is being protected from spambots. You need JavaScript enabled to view it.